“They Were Fruitful…”, Part 0: Introduction

On my Ohio State Homepage, I had published periodic Updates every two or three months. I started writing Update VI when I decided to shift this function of my website to this blog. Since the blog allows for easier and quicker publication, I will publish the update essentially as I would have on my website, except that it will be broken into several parts. Update VI would have had section numbers, and I want to use those as the part numbers in the blog. However, the beginning section did not have a number; therefore, I have called it part zero.

This Update’s title is a dual reference to the book of Genesis and Star Trek III, which features the Genesis Device. In the bible, God tells Adam and Eve, the first humans, to “be fruitful and multiply,” which is arguably the only divine command that the human race has consistently obeyed. In the film, Spock’s coffin is discovered on the surface of the Genesis Planet. You see, Genesis is a kind of torpedo that can transform a dead rock or nebula into an inhabited terrestrial planet. The depiction of this process is an early example of computer generated imagery in film.

When a science team composed of Admiral Kirk’s son David and former Enterprise navigator Lt. Saavik arrive to investigate the coffin, they discover a large number of slimy creatures slithering around underneath it. According to David, they began as microbes that were on the coffin’s surface when it was launched from Enterprise. He then states the obvious, “They were fruitful and multiplied.” Saavik then asks, “but how could they have evolved so quickly?” Her question foreshadows a grave revelation latter in the film.

I chose this title because many things have been fruitful and/or multiplied in my life recently. Most obviously, my friends and colleagues have been having babies! 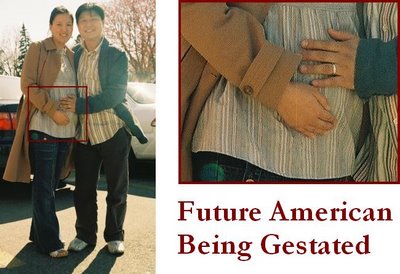 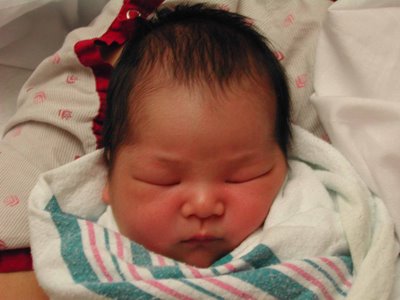 The first of these babies to arrive is shown here. His name is Junho, and his parents are in the photograph above, which was taken when his mother was still pregnant and featured on my website in Update IV. 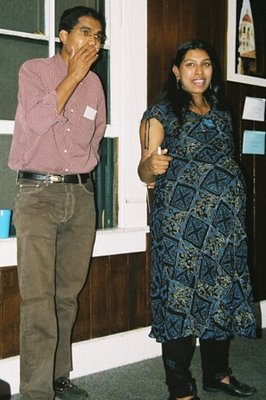 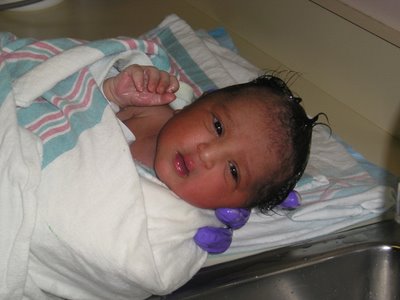 The cute little baby being held by someone in purple gloves is named Ruth. Her parents are Karan and Lumina, the cute couple at left. Wow, we have lot of cuteness to go around in this post! The parents are shown at Lumina’s baby shower, about one week prior to her due date. I met Ruth yesterday (Nov. 25) and shook her little hand. Actually, her hand shook one of my fingers. She has quite a grip for a two-month old! 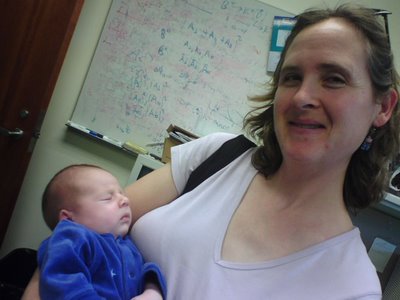 Finally, little Torbin, shown here with his mother Teela, who is a former Ohio State BaBar postdoc, arrived in October. Teela brought him in to the Ohio State office on Oct. 19. He seemed quite content to sleep during his visit to SLAC, which may be because the sounds of SLAC are familiar to him. His mother worked full time here until a few weeks before she gave birth. His birth was on part of a larger “BaBar Baby Boom.”

Also fruitful and increasing in number were my travels. I went on three major trips between Sept. 16 and Oct. 18. Another trip, which is my move back to Ohio, still looms in the future. I have organized this update around the three journeys I have taken and the one that lies ahead.