In 2016, the Facebook algorithm showed me stories of four people who rescued others from horrible situations. They were separated by thousands of miles and three years, but they had one thing in common: the rescuers rode bicycles! These four are now an inspiration to me every time I get on my bike, and I thought their stories would be a good way to start this year on a positive note.

A little girl was kidnapped from a neighborhood in Lancaster, PA. Temar Boggs and Chris Garcia were hanging out with friends when they decided to join the search. 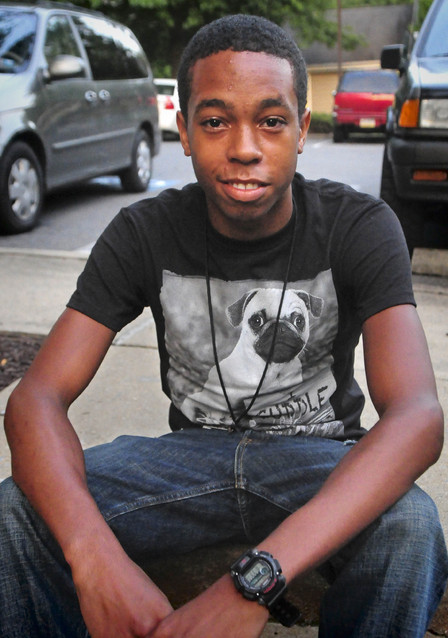 Boggs said, “I had the gut feeling that I was going to find the little girl.”

A friend asked Boggs to hold his bike. Boggs figured the bike would help him search for the girl.

So he and another friend, Chris Garcia, rode on area streets – Michelle Drive, St. Phillips Drive, Gable Park Road – looking for her.

That’s when a maroon car caught his eye. (He had gotten a bit ahead of Garcia.)

The car was on Gable Park and turned around when it got near the top of a hill toward Millersville Pike, where Boggs said several police officers were gathered with the kind of cart used to carry an injured football player off the field.

The driver, an older white man, then began quickly turning onto and out of side streets connecting to Gable Park, Boggs said.

The neighborhood is something of a maze; many of its streets are cul-de-sacs.

Boggs got close enough to the car to see a little girl inside. Garcia was nearby.

The driver looked at Boggs and Garcia, then stopped the car at Gable Park and Betz Farm Road and pushed the girl out of the car. The driver then drove off, Boggs said.

Boggs said he didn’t see where the car went.

The girl was safely returned to her family, but I haven’t found any information about whether her kidnapper was caught.

Three years later, Temar pleaded guilt was sentenced to prison for his part in an armed robbery. Let us pray he will be a hero again when he is released.

Many around the country, including myself, we deeply moved by the letter from the sexual assault survivor known as Emily Doe. Many were also outraged by the disgustingly light sentence given to the attacker. Less well known is how her rapist was caught.

Two Swedish graduate students named “[Carl-Fredrik] Arndt and [Peter] Jonsson were biking to a party on Stanford’s campus when they saw Turner, 20, on top of his victim behind a dumpster. They managed to tackle Turner as he ran away and they called the police.” Without their courageous and compassionate action, he might never have been caught.

I don’t know if these two will receive any award for their actions, but they received a beautiful recognition in Emily Doe’s letter:

I sleep with two bicycles that I drew taped above my bed to remind myself there are heroes in this story. That we are looking out for one another. To have known all of these people, to have felt their protection and love, is something I will never forget.

I can think of no higher award than that.

This entry was posted in Beauty, Truth and tagged Bicycle. Bookmark the permalink.